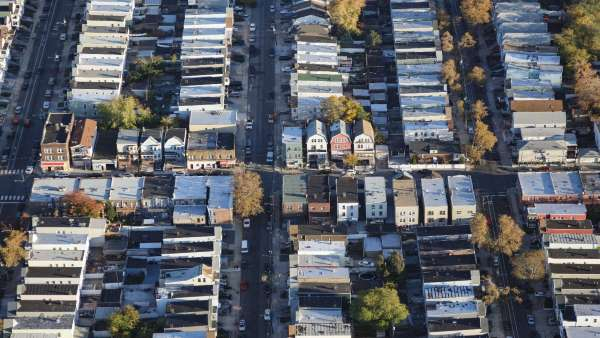 The average cost of a 30-year fixed-rate mortgage fell to 2.99 percent this week, mortgage giant Freddie Mac said. That was down from 3.01 percent last week and up a fraction from the recent all-time low of 2.98 percent. With the U.S. economy in recession because of the coronavirus pandemic, mortgage rates have plunged to record lows. In a separate survey of rates by Bankrate, the average 30-year fixed-rate mortgage fell to an all-time low of 3.30 percent. The gap is because Bankrate’s figure includes points and origination fees averaging 0.33 percent, while Freddie Mac’s number excludes those costs. Freddie Mac said the 2.99 percent average is accompanied by an average of 0.8 of a point. In a U.S. economy hit hard by COVID-19 shutdowns, bright spots are rare. The U.S. economy suffered its most dramatic downturn since at least the 1940s in the second quarter, the Commerce Department said Thursday. Gross domestic product contracted by 9.5 percent from the first quarter to the second quarter, an annual pace of 32.9 percent. Those sort of dreary numbers have spurred the Federal Reserve to prop up the real estate market by buying mortgage-backed securities. Against a backdrop of pessimistic economic numbers, mortgage experts polled by Bankrate expect rates to fall in the coming week. No experts polled by Bankrate expect rates to fall, and a minority think rates will be unchanged, in part because lenders are dealing with a flood of applications for refinancing.

An Excellent Credit Score can Save you Big Money Don't Let Rates keep you from Buying or Selling How A Bridge Loan Can Help You Build a New Home Buying a Vacation Home: A Quick Guide Will Getting a Mortgage Help My Credit Score?