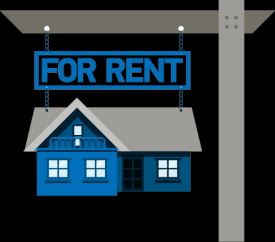 What Is the Debt-Service Coverage Ratio (DSCR)?

The debt-service coverage ratio applies to corporate, government, and personal finance. In the context of corporate finance, the debt-service coverage ratio (DSCR) is a measurement of a firm's available cash flow to pay current debt obligations. The DSCR shows investors whether a company has enough income to pay its debts. In the context of government finance, the DSCR is the amount of export earnings needed by a country to meet annual interest and principal payments on its external debt. In the context of personal finance, it is a ratio used by bank loan officers to determine income property loans.

Whether the context is corporate finance, government finance, or personal finance, the debt-service coverage ratio reflects the ability to service debt given a particular level of income. The ratio states net operating income as a multiple of debt obligations due within one year, including interest, principal, sinking funds, and lease payments.

The formula for the debt-service coverage ratio requires net operating income and the total debt servicing for the entity. Net operating income is a company's revenue minus its operating expenses, not including taxes and interest payments. It is often considered the equivalent of earnings before interest and tax (EBIT).

The minimum DSCR a lender will demand can depend on macroeconomic conditions. If the economy is growing, credit is more readily available, and lenders may be more forgiving of lower ratios. A tendency to lend to less-qualified borrowers can, in turn, affect the economy's stability, as was the case leading up to the 2008 financial crisis. Subprime borrowers were able to obtain credit, particularly mortgages, with little scrutiny. When these borrowers began to default en masse, the financial institutions that had financed them collapsed.

Let's say a real estate developer is looking to obtain a mortgage loan from a local bank. The lender will want to calculate the DSCR to determine the ability of the developer to borrow and pay off their loan as the rental properties they build generate income.

The interest coverage ratio indicates the amount of a company's equity compared to the amount of interest it must pay on all debts for a given period. This is expressed as a ratio and is most often computed on an annual basis.

To calculate the interest coverage ratio, simply divide the earnings before interest and taxes (EBIT) for the established period by the total interest payments due for that same period. EBIT, often called net operating income or operating profit, is calculated by subtracting overhead and operating expenses, such as rent, cost of goods, freight, wages, and utilities, from revenue. This number reflects the amount of cash available after subtracting all expenses necessary to keep the business running.

The debt-service coverage ratio is slightly more comprehensive. This metric assesses a company's ability to meet its minimum principal and interest payments, including sinking fund payments, for a given period. To calculate DSCR, EBIT is divided by the total amount of principal and interest payments required for a given period to obtain net operating income. Because it takes into account principal payments in addition to interest, the DSCR is a slightly more robust indicator of a company's financial fitness.

In either case, a company with a ratio of less than 1 does not generate enough revenue to cover its minimum debt expenses. In terms of business management or investment, this represents a risky prospect since even a brief period of lower-than-average income could spell disaster.